We are proud to announce the release of the latest app in our Texts From series, Texts From Trump. 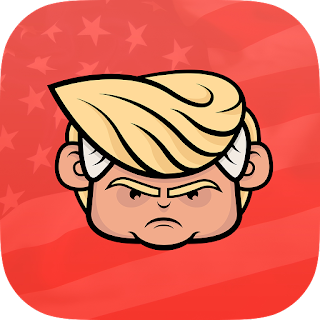 This new app follows in the footsteps of other popular apps in the series, which includes Texts From Jesus, Texts From Founding Fathers and Texts From Oscar Wilde.

The app is timely as it comes in the midst of a very heated and unusual U.S. presidential election year. Donald Trump is best known for his frequent past and present incendiary statements that have set the media ablaze.

We hope to help contribute to the public discourse on this crucial race by making some of these statements more accessible to users of Apple devices, and the public at large. The app will be updated regularly as new quotes become available.

All quotes are from public statements from Donald Trump, gathered from his famous Twitter account, his public speeches, to newspaper articles and media interviews. A few excerpts from some of his published books are also included.

Like in other Texts From apps, a new quote gets delivered every day to your device as a notification, via a Today Widget or on a paired Apple Watch. Quotes can be quickly “loved”, “hated” or shared on Facebook and other social networks.

Additionally, all quotes are indexed by iOS 9 for quick and easy search.
In addition, we also released updated versions of all the other Texts From apps. These bring various improvements, particularly a much improved Facebook integration.

The app is now out on the App Store, and it is free. Get your copy now!